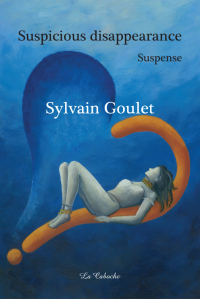 After a little over eight months of separation, Simon Griffin is still having a hard time moving on; he is living only for his children and his work. His life love, Jane Lamer, however, seems to be on a different path. As Simon tries to fight through his emotions, he discovers new dephts to his feelings for Jane. One morning he wakes up with a feeling he just can’t shake off. He can’t understand it, but something makes him believe that Jane is in danger.

Lost in the whirlpool of his emotions, Simon doesn’t know if he should trust his instinct or not, until he gets a call from Inspector Gauthier. Jane is missing. Nearly a week passes and there in no news, no demand for ransom.

Both strange and unexpected, Jane’s disappearance doesn’t follow the usual rules. As the mystery unravels, a dubious friend appears to be the prime suspect, but what about Simon? Dictated by the pain he carries with him like a talisman, could he be behind the kidnapping? Was she really kidnapped? Why?

And so begins Suspicious Disappearance, a novel in which intrigue, suspense, and romance are cunningly interwoven.