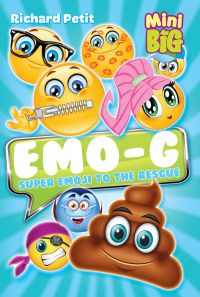 Super Emoji to the Rescue

It was pure chaos at the Dollaragaga store, because THE VERY LATEST iPod had just been released. Zachary, the lucky kid, was able to get his hands on one of the precious electronic devices. However, he ALSO pushed the YELLOW button on the side of the iPod … SOMETHING HE REALLY SHOULDN’T HAVE DONE! That’s when the Pupu emoji popped out of the device and appeared RIGHT IN FRONT OF HIM!